A Philadelphia-area HVAC/R and plumbing industry representative aims to improve children’s perception of the skilled trades with the launch of his children’s book, The water has stoppedthe first in a proposed series of books titled Next Up Trades. 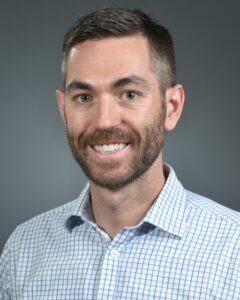 “Next Up Trades is an illustrated children’s book series that teaches children that skilled trades are noble, necessary and appreciated when completed,” says author Ryan Kiscaden in a press release about the book launch.

Kiscaden, who works for Watts, notes that it was his own “personal mission statement” that led to the creation of the series. “I want the plumbing, HVAC/R and electrical trades to grow and that starts with changing the perception of the qualified technician,” he says.

The content of the series focuses on celebrating problem solving and helping others. The future lessons of The series will teach best practices in the field such as cleanliness, safety, creativity and workplace hygiene.

The first book is told in a residential plumbing context and is aimed at the 4-8 year old age group.

The story goes that Dean is enjoying his birthday with all his friends and family when the water in his house unexpectedly stops. The family acts quickly and calls Gomer Gopher and Flo Fish from Next Up Trades.

In the end, Dean and the family acknowledge their admiration for those involved in the plumbing trade.

Future books in the series are expected to focus on HVAC (the air has stopped) and electrical (The power has stopped) with the same characters.

“The Next Up Trades series reaches out to a generation older than middle and high school students to introduce parents, guardians and kids to the industry,” says Kiscaden.

“The reality is that in times of comfort emergencies, skilled tradespeople are essential to solving our problems with their expertise in quality installations and maintenance. This series is my way of telling the story of the industry.

The The water has stopped is available in print and eBook versions via Amazon. Up to 2% of post-profit profits will be donated to SKILLSUSA.